These times are too serious to lose our sense of humour.

So…it’s a good idea to have some strategies and tools to keep ourselves laughing. And especially so for those of us in the northern hemisphere where days are getting shorter and colder as winter closes in.

Why laugh when life isn’t funny?

Good question. Why would anyone want to laugh—when life continues to fall apart around us in the midst of a pandemic and colder weather is keeping us indoors even more? Here’s what Norman Cousins said many years ago… 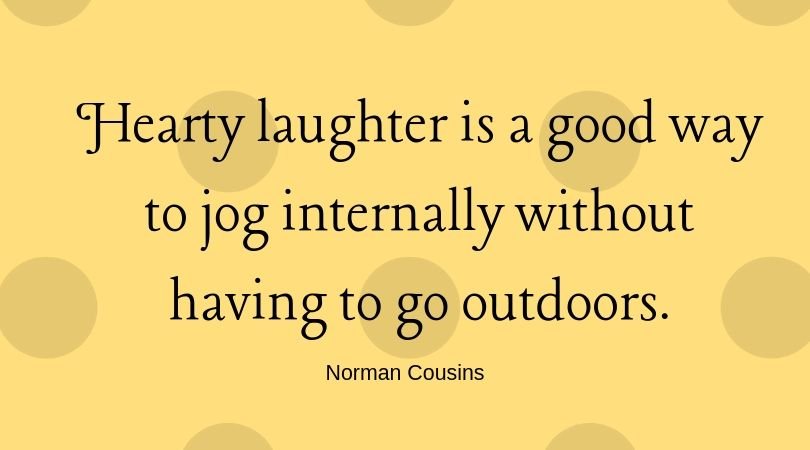 At the time he began exploring laughter as medicine, American journalist Norman Cousins could not even consider going outdoors. He was bed-ridden and largely immobilized by a degenerative disease of his collagen tissue. It was 1964, he was in constant pain, and his doctor anticipated he would not live more than a few more months.

Not being ready to give in, Cousins did some research and proposed he be treated with high-dose Vitamin C and a continuous stream of funny films. Unconventional though this plan was, it was implemented with his doctor’s support.

Cousins found that ten minutes of belly laughing gave him two hours of pain-free sleep. In six months, he was out of bed and two years later went back to work full-time. He was 49 years old at the time of diagnosis, and lived to age 75.

Norman Cousins’ ground-breaking experience has been documented in a movie. His book, Anatomy of an Illness As Perceived by the Patient, is still available.

Back in the 1960s, the relationship between emotions and health was not yet recognized. Dr. Hans Selye had already published his first book on stress, but we were a long way from admitting that physical disease could result from emotions and stress. At the time Cousins reported his experience, I recall that it seemed way out on the edge. Intriguingly so, for me. Others were critical. Shortly after his death, a 1990 article in the Los Angeles Times said:

Some critics charged that by suggesting an individual could have an influence on his or her own health, Cousins was placing “the burden of cure” on the patients with incurable illnesses and a burden of shame on them should the techniques fail. …“This was never like what he had in mind,” Dr. L. J. West, a professional colleague at UCLA, said. “What he did try to tell them was that there is an important relationship between mind and body.”

We have a better understanding now…

Since then, there is plenty of evidence that laughter is good for us. It can diminish pain, boost the immune system, and reduce levels of stress hormones, among other things.

Some of the benefits are explained in a TED talk by Sebastien Gendry. He was one of the first master trainers of Laughter Yoga in the world, having studied with the founder in India. Gendry went on to create the Laughter Wellness method, adapted to suit North Americans. He’ll tell you more… (If the video doesn’t show up, watch here.)

Read this article for more about the benefits of laughter and instances when it is not advised. 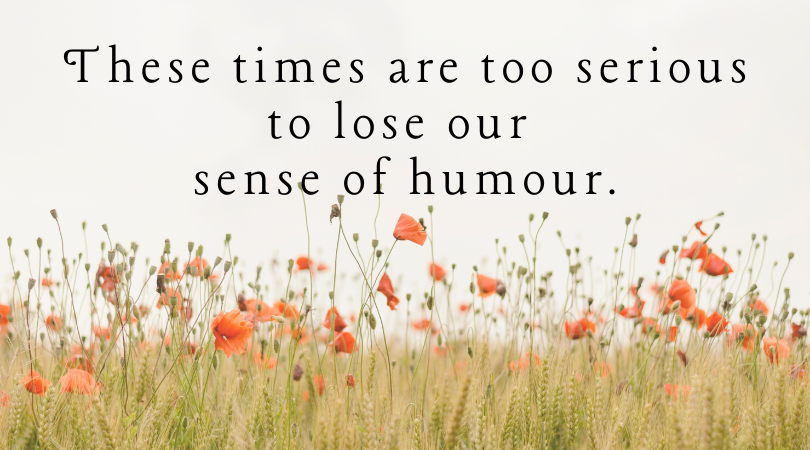 Sebastien Gendry learned laughter therapy from Dr Madan Kataria, who started Laughter Yoga in India in the mid-1990s. A medical doctor, he knew of the benefits of laughter and started doing it with five other people for relief from the stress of his own life. He tells you more in this short video… (If the video doesn’t show up, watch here.)

There are now Laughter Clubs throughout the world. Using the club finder tool, I found seven in my city. They’ve adapted to COVID conditions by meeting on Zoom, and from the looks of the photos, it doesn’t hamper their participation!

If you aren’t inclined to join a club, you’ll find many options on YouTube, including a follow-along session with Sebastian Gendry.

For Norman Cousins, funny films included the Marx Brothers and Candid Camera. In my childhood, it was Carol Burnett and Red Skelton. Right now, during the pandemic, I’m enjoying Just for Laughs Gags on CBC television.

Or take this advice from Sheriff John…

He was a children’s television host who appeared on KTTV in Los Angeles from 1952 – 70. If the video doesn’t show up, watch it here.