I don’t do New Year’s resolutions. It doesn’t mean I don’t accomplish things. But I go about it differently.

The problem with resolutions…

Resolutions are cousins of goals, and both are fraught with similar difficulties. One problem is that goals and resolutions are pass/fail propositions. They come with baggage. You make it or you don’t. If you don’t, you are judged—by yourself and others—as a failure, a bad person, less than.

Another difficulty is the inflexibility of resolutions and goals. Stephen Covey, in First Things First, compared goal-setting to placing a ladder against a wall and resolutely climbing to the top, only to get there and discover you had placed it against the wrong wall and wasted a lot of time and effort getting somewhere you didn’t want to go. 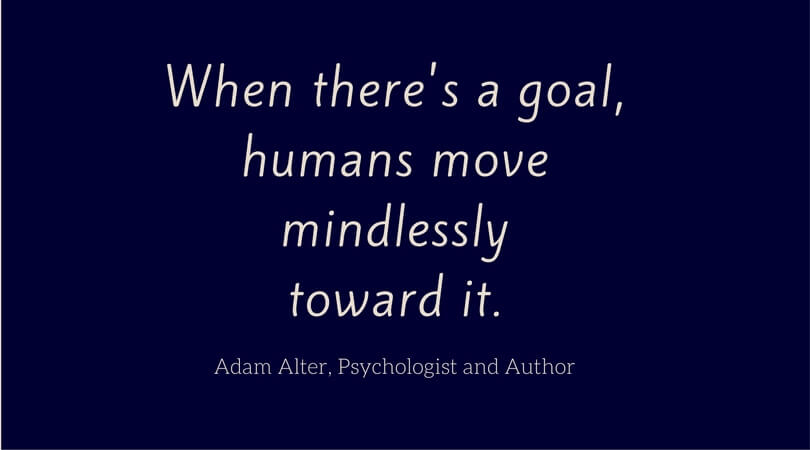 Often the goal was achieved at a cost—the sacrifices that were made to push through and get to where you said you were going. Perhaps there’s an element of character-building when we say we’ll do something and follow through no matter what. But I think we do better when we set up our lives in ways that allow us to respond to changing conditions.

I’ve noticed that business researchers are now writing about how important it is for companies to be able to pivot as circumstances change. The same applies to our personal lives. Heaven knows, we are living in times of rapid changes of great magnitude. In the last year there have been numerous occurrences—political, environmental, social—that would have been  unthinkable a short time ago.

Goals are easy in that you have rules and parameters along the way, so you can put yourself on autopilot. Psychologist Adam Alter has something to say about that. He’s an Associate Professor of Marketing at New York University’s Stern School of Business, and the New York Times bestselling author of two books. In a recent interview he said, “When there’s a goal, humans move mindlessly toward it. This is a principle that’s used to advantage in designing slot machines and video games.”

Alter’s view is that goals are a broken process that can’t help but be unfulfilling, as he explains in this brief video.

His alternative is to set a system that emphasizes the process instead of the far-in-the-future result that seems like an anticlimax when you reach it. This approach gives more immediate reward for effort but, like goals, still has the potential to be inflexible and unresponsive to changing conditions.

We are in times where we can no longer afford the luxury of mindless, knee-jerk, habitual behaviours. My alternative to goals is based on intention and following the energy. 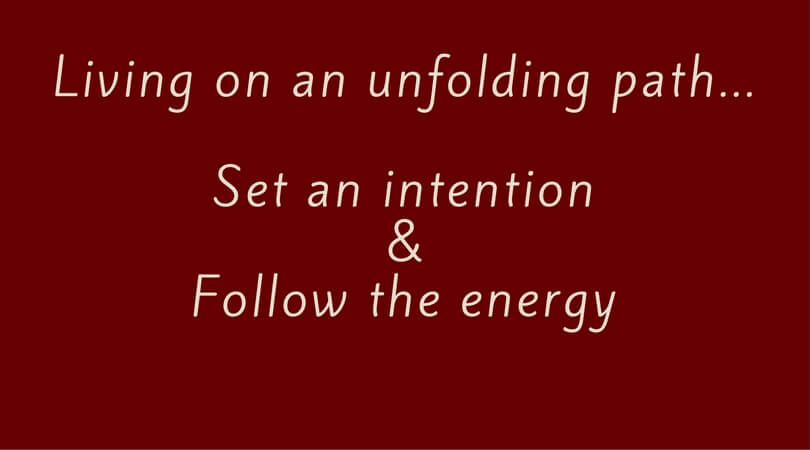 Following the energy is a mindful way of engaging with the activities of life, Setting an intention puts things in motion. You follow the energy by tuning in and being alert for subtle messages as you move through your days. The trick is to not overlook those messages or discount them when they present themselves.

Here’s a mundane example that I know many of us have experienced in some variation: You’re in the store picking up groceries and something catches your attention. It’s an ingredient you rarely use and your mind says, ‘What do you want that for?” Since you haven’t plans to make anything using it, you move on. A couple days later, in the midst of a snow storm, you are cooking dinner for an unexpected houseguest. The recipe calls for—you guessed it—the ingredient you left in the store. If only you had paid attention.

I had my first direct experience of the unfolding path when I went to England for the first time many years ago. I knew I wanted to travel from Schumacher College in Devon to Stonehenge, and had a time frame but no specific itinerary arranged in advance. By paying attention to prompts and information that appeared along the way, I had some surprisingly profound experiences.

This was a revelation to me because until then I had been someone who liked to have every detail nailed down. In the years since then, I’ve come to appreciate that living by intention and following the energy makes for a much more interesting life.

The first step is to cultivate your ability to pay attention to the promptings, your intuition, or however it is they present themselves. Make it your intention to open up to them, and you might be surprised what happens!

5 thoughts on “I don’t do New Year’s resolutions.”