*** Time for this post? Reading…3 minutes.  Listening…5 minutes. Reflecting…as much as you want.

Being at the leading edge of the baby boom, I’ve arrived at the age where I’m considered old. I know this because cashiers now ask—without hesitation—if I qualify for the seniors’ discount!

So I’ve been thinking about aging, and paying attention to how it’s showing up in my daily life. I’ve noticed that I do less in a day. I’m not as strong as I was. But mostly, I care about different things than I used to.

Yet some things don’t change…

Allegedly, the music we hear around the age of sixteen sticks with us. I heard this a few years ago but haven’t been able to find the study that demonstrated it. However, I’m prepared to believe the theory because it’s true for me. Each year when I listen to my “only-CD-I’ll-ever-want-to-listen-to-at-Christmas,” there are certain songs I put on repeat. They were popular in the early 1960s, when I was in my mid-teens. 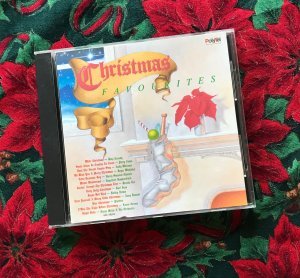 I like this album because it features the original performers, and some of the songs are from the era when I was about sixteen. Here are the three that I invariably put on repeat…

“Jingle Bell Rock,” released in the late fall of 1957, was a “big hit and was being played and danced to on American Bandstand by mid-December of that year.” I was at an impressionable age by the time it made its way to rural Alberta in 1961.

Brenda Lee was thirteen years old when she recorded “Rockin’ Around the Christmas Tree.” “By the song’s 50th anniversary in 2008, her original version of it had sold over 25 million copies, including about 700,000 digital copies, making it the 4th most digital downloads sold of any Christmas single.” Apparently, I’m not the only one it stuck with!

Burl Ives sang “Holly Jolly Christmas” for many years. In this rendition, he’s clearly at a different stage of life than when he first sang it in the 1964 Christmas special, Rudolph the Red-Nosed Reindeer. Burl Ives officially retired from show business on his 80th birthday in 1989, although he continued to do frequent benefit performances at his own request until he died in 1995.

What songs from an earlier stage of life have stuck with you? Let’s give each other some interesting things to remember as another year winds down.