As I described last week, a butterfly forms from a caterpillar because the caterpillar contains imaginal discs that are the blueprint for the new form. I also indicated that there are forward-thinking citizens who have developed models and projects that are the imaginal discs for society as we move forward from the intense disruption we’ve experienced.

Today I’m introducing one of those imaginal discs, but first let me summarize why we need to imagine a better way.

The topic is our economic system… 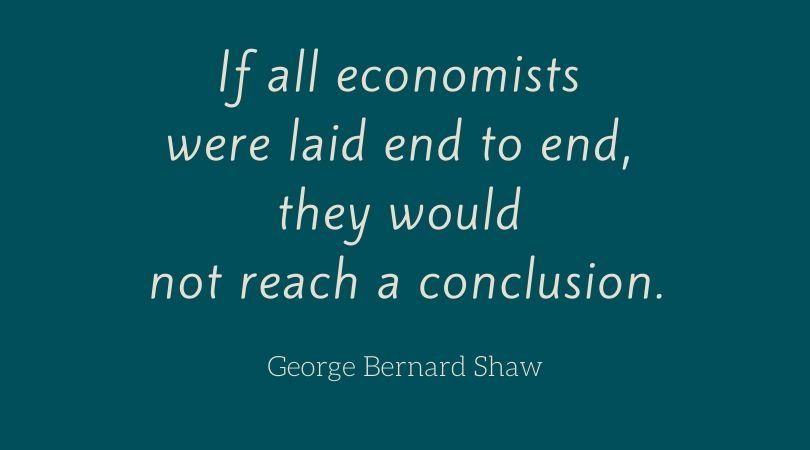 If you don’t need this background information, scroll directly to the video. It’s not to be missed.

An economic system is the method used by society to organize the production and distribution of goods and services for its citizens. In Medieval Europe it was feudalism, a system in which each feudal domain was self-sufficient. It was a barter economy, in which lords owned the land and serfs (peasants) worked in exchange for a place to live and a bit of land to grow their own food. The lord got everything he needed from his serfs—labour, agricultural products, and finished goods such as yarn, cloth and clothing. Wealth was mainly land and agriculture, with money only used for paying taxes to the king.

By the 15th century, feudalism was on its way out as a result of several sociopolitical factors. With the rise of towns, cities and then nations, a merchant class evolved and money became the medium of exchange in the daily life of citizens. In this way, feudalism was gradually replaced by a system of mercantilism. Cottage industries arose to provide the goods needed. And before long, the Industrial Revolution was under way. Large factories were built in the cities and people moved from rural areas to work in them. The system was then based on wage labour rather than obligation, as had been the case in feudalism.

In the latter half of the 18th century, a Scottish professor of moral philosophy became interested in the workings of the mercantile system. According to Investopedia, Adam Smith “noticed that mercantilism was not a force of development and change, but a regressive system that was creating trade imbalances between nations and keeping them from advancing.”

In 1776, Adam Smith published The Wealth of Nations, proposing an alternate economic system. It was based on the idea of free enterprise, in which the marketplace itself was left to determine the price of goods through the action of supply and demand, without interference from authorities. He also introduced the concept of the invisible hand, suggesting that individuals, all working in their own best interests, would collectively do what was best for society. Therefore, he believed, the market did not require regulation or interference.

Adam Smith’s ideas for a free market opened the world to capitalism. “The term ‘capitalism’—originating from the Latin word ‘capitalis,’ which means ‘head of cattle’—was first used by French socialist Louis Blanc in 1850, to signify a system of exclusive ownership of industrial means of production by private individuals rather than shared ownership.” (Investopedia)

There are distinct theories within the field of traditional economics, Philosophical biases divide economists into two main camps—the Keynesians and the laissez-faire (free market) economists.

Keynesians believe that the best way to stimulate the economy is to increase government spending and cut taxes, putting more money in the hands of people and driving higher consumer spending. Advocates of the opposing theory, laissez-faire economics, believe that the economy works best when supply and demand operate in a free market without government intervention. For more, go to Why Can’t Economists Agree?

What’s wrong with this picture?

Despite all the tweaking, we have not yet evolved capitalism into a fully sustainable and equitable system. We managed. We coped. We hoped.

A few months ago, the economy ground to a halt during the pandemic and ensuing lockdown. For the first time, we could see clearly that our economic system—which evolved from the need to move away from feudalism—is not workable any more.

Emphasis on growth has led to rampant consumerism. Priorities, spending, and expectations are way out of balance. High levels of debt keep individuals beholden to their employers—not so different from the serfs of old, when you think about it.

The environment can no longer comfortably provide what we are demanding and absorb the waste we create. It could in the beginning—when our needs were modest, population was small, and technology had not yet arrived. But now, we have exceeded the limits by putting our focus on profit rather than balance.

Competition for profit has caused companies to push farther and farther out of their locale to obtain raw materials, workers who are cheap enough, and new people to buy the ever-increasing output. This has brought us to our current state of mega-corporations and globalization. We thought this was our strength. COVID-19 showed us the extreme vulnerability and lack of resilience that had crept up on us.

And many of us are now thinking, there has to be another way. The problem is, most of us don’t know what a better way would be, especially when we’re talking about something as all-encompassing and inscrutable as the economic system.

Oxford economist Kate Raworth has a vision, an imaginal disc ready to come into being as we move forward in the post-pandemic era. This is the first TEDtalk I’ve seen where the speaker got a standing ovation…

There are  six more of these animated short videos, based on Kate Raworth’s book, Doughnut Economics: Seven Ways to Think Like a 21st-Century Economist.

Application of the doughnut model…

Since the first iteration of the Doughnut was published as a discussion paper by Oxfam, it has had traction in very diverse places – from the UN General Assembly and the Global Green Growth Forum, to Occupy London.  Why such interest?

I think it is because the doughnut is based on the powerful framework of planetary boundaries but adds to it the demands of social justice – and so brings social and environmental concerns together in one single image and approach.

It also sets a vision for an equitable and sustainable future, but is silent on the possible pathways for getting there, and so the doughnut acts as a convening space for debating alternative pathways forward.

April 8, 2020 was the launch of the Amsterdam City Doughnut. Before that…

Doughnut was first published in 2012, proposing a social foundation and ecological ceiling for the whole world. Ever since then people have asked: can we downscale the Doughnut so that we can apply it here – in our town, our country, our region? Over the past eight years there have been many innovative initiatives exploring different approaches to doing just that – including for the Lake Erhai catchment in China, for the nations of South Africa, Wales and the UK, and for a comparison of 150 countries.

Kate Raworth’s concluding thought: “As we all start thinking about how we will emerge from this crisis, let us seek to be holistic in how we reimagine and recreate the local-to-global futures of the places we live. I believe this newly downscaled Doughnut tool has a great deal to offer and I look forward to seeing it turned into transformative action, in Amsterdam and far beyond.”

She’s not the only one imagining a better way. You might also like to check the websites of…

2 thoughts on “There’s got to be a better way.”